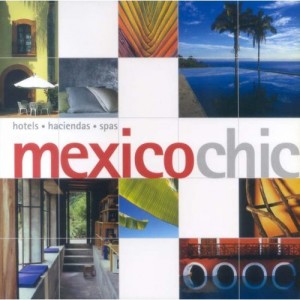 Barbara Kastelein lived in Mexico for 14 years, working in journalism as an editor and news reporter. She eventually specialised in environmental law and travel writing. Her many publications have appeared in newspapers and magazines, primarily in the United States, Mexico and the United Kingdom.

She is author of the book Mexico Chic: hotels, haciendas, spas (Bolding Books, London, 2003; Grupo Océano, in Spanish, 2004; second edition, November 2007), describing key regions of Mexico and their attractions, and helping to put the country on the map for “high end” and sophisticated travellers.

Her first academic publication — in her new discipline, the Anthropology of Tourism — was the chapter “The Beach and Beyond: Three Vignettes of Dreams, Decadence and Defense,” in the book Holiday in México: Historical Perspectives on Tourism and Tourist Encounters (2008, Duke University Press, USA).

In 2007 Barbara researched and wrote a book about the history and culture of hospitality and bicultural relations in Acapulco, focusing on the idyllic Hotel Fairmont Pierre Marques, for the 50th Anniversary of the hotel (The Pierre Marques, Acapulco: Remembering the past, celebrating the present and embracing the future, July 2007).

Shortly afterwards, she was asked to write an anniversary book for another renowned Acapulco hotel, the pink-and-white-striped Las Brisas (which opened in 1957). Las Brisas: History of an Icon offers a glimpse into “the vacation escape of choice in the days of Marilyn, the miniskirt and the Moon Landing” and celebrates this unique “hilltop temple to peace and love.”

Barbara was also contributing writer for the coffee table guidebook to Mexico 52 fines de Semana (Editorial Mapas, 2007 and 2005) and between 1999 and 2005 she worked on updating seven guidebooks with Fodor’s Travel Publications, Mexico — Gold Guide (Random House, NY) in addition to one with Moon Handbooks (Avalon Travel Publishers). She was also co-author of the second edition of the guidebook México: Health and Safety Travel Guide (MedToGo, USA, March 2007). At the end of 2007 she wrote “Places of a Lifetime” on Mexico City for National Geographic Traveler (published spring 2008).

Until the end of 2006, when Barbara stepped back from regular journalism to dedicate herself full time to her book projects and consultancy work (Discovery Channel, TV Globo, BBC World, Mind Tools, The Chic Collection), she wrote a monthly travel column in the magazine bbmundo (Editorial Mapas, México D.F.) and a weekly travel column “Travel Talk” from 2003 in the newspaper The Herald (international version of The Miami Herald, published in Mexico in Spanish with the newspaper El Universal). She also published monthly restaurant and hotel reviews (about culinary and hospitality locations in Mexico City and Monterrey, Mexico) in the magazine Business Mexico.

Barbara has worked as a biographer, writing the memoirs of Ron Lavender, a poor lad from Iowa who settled in Acapulco in 1954 and became the city’s best known and most successful realtor. Ron, quirky and much loved, was an unforgettable character who experienced the resort’s growth and glory days (Hollywood) of the 50s and 60s and the disco days of the 70s, and much more — including a dramatic kidnapping!

To date, Barbara is author of around 350 articles in more than 30 publications in Mexico and abroad (such as Voices of Mexico, The Wall Street Journal, The Boston Globe, The Times (London), The Observer, The Houston Chronicle and The Scotsman; Travesías, Business Mexico, Gato Pardo, El Universal, El Sur, The Herald). Many of these have been about the history of Acapulco, and on the show, the history and the culture of the world-famous Clavadistas de La Quebrada (Acapulco Cliff Divers) as an icon of tourism development in Mexico and of international relations between Mexico and the outside world.

Her most recent academic publication is about her experiences with the Acapulco Cliff Divers, as a researcher, promoter and friend, in a book called detours: Travel and the Ethics of Research in the Global South (The University of Arizona Press, 2019). This book aims to study “the ethics of representation” and, in the words of Matilde Córdoba Azcárate (University of California) is “an attempt to crack cultural imperialism by bringing forth the personal as political in academia and research.”

Currently Barbara is working again, part time, in journalism. Since February 2021 she is an editor and writer for palabra, a multimedia platform which delivers informative journalism focusing on Latin American affairs, especially with a view to readers who live in the United States. The mission is to “cover stories and communities that have been disregarded in larger news outlets based on the ideology that ‘ethnic’ news is only an issue for marginalized communities, and not a human issue.”

She also writes occasionally as a freelancer for a variety of newspapers (e.g. The Daily Telegraph in the U.K.) and travel blogs.

Barbara is in the last stages of completing her book project Heroes of the Pacific: The Untold Story of Acapulco’s Cliff Divers (“Héroes del Pacífico: Atras del escenario con los mundialmente famosos clavadistas de La Quebrada”), the result of 17 years of research and due to be the first ever book on the history of the world-famous Acapulco Cliff Divers.