Part 1, innovations in travel with children

MY INTRODUCTION TO BLOGGING:
Well I used to write about travel in the Mexico City Times, and then for Fodor’s Travel Guides, as well as having a travel column in a magazine called Mexico Business … but it’s been a long time since I had a regular gig.

My twice monthly column in the MCT was transformed a few years later into a weekly column with the same name (TravelTalk) on The News website. And this became “The Herald” (I think!), working with the Herald in Miami … and that went on for some years. I wrote about Tlaxcala, Huamantla, Ron Mader and the ecotourism pioneers in Mexico, Day of the Dead of course, and many others.

PART 1, INNOVATIONS IN TRAVEL WITH CHILDREN: 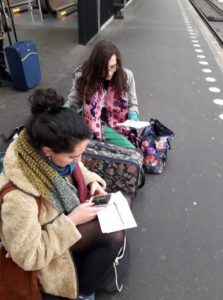 I think I started doing something a bit new when I incorporated my children into my travel pieces, doing What to do with Kids in Mexico City, Puebla and a series on travelling with kids in Acapulco in the summer holidays.

For Travesias magazine, Editorial Mapas, in Mexico City) I took Emma with me, and the photographer took her son of around the same age (5 or 6) to Tepoztlan, in Morelos state (just over an hour’s drive from the south of Mexico City) and we wrote about the Tepozteco hotel and what entertainment (mostly in their gardens) they had for kids, and to the wonderful little zoo there, replete with giraffes and horrendous, but revoltingly fascinating, mating ostriches. Up near the caseta / toll booth. No idea if it’s still there.

I was proud to work with BBMundo, writing once a month for this unusual glossy (Marta Debayle) on travelling with kids. I learned about developments in the niche markets, like spas that did services for pregnant women, and hotels that catered for the “babymoon.” 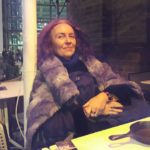 All this to say, that the penny has finally dropped and I have accepted the new niche I find myself in, which is travelling with teenagers, more specifically with millennials.

As all mums my age know, you learn more from your kids than from practically any other source, and there is little so galvanizing as to see your progeny spread their intellectual, humanitarian, spiritual and travelling wings.

Now my girls are adults, I can relax and stop worrying about who keeps the passports, and who’s got the tickets, and whether they are having a nice time and will ever consider travelling with me again … I know they will (they will also travel independently of course, as they have done since a very early age). I can take a deep breath and stop being a mother and be a friend and observer. A flaneuse once again.

Read tomorrow (Friday) for PART 2, from Haarlem to Amsterdam

(PART THREE, the Homomonument and sex-positivity … on Sunday)